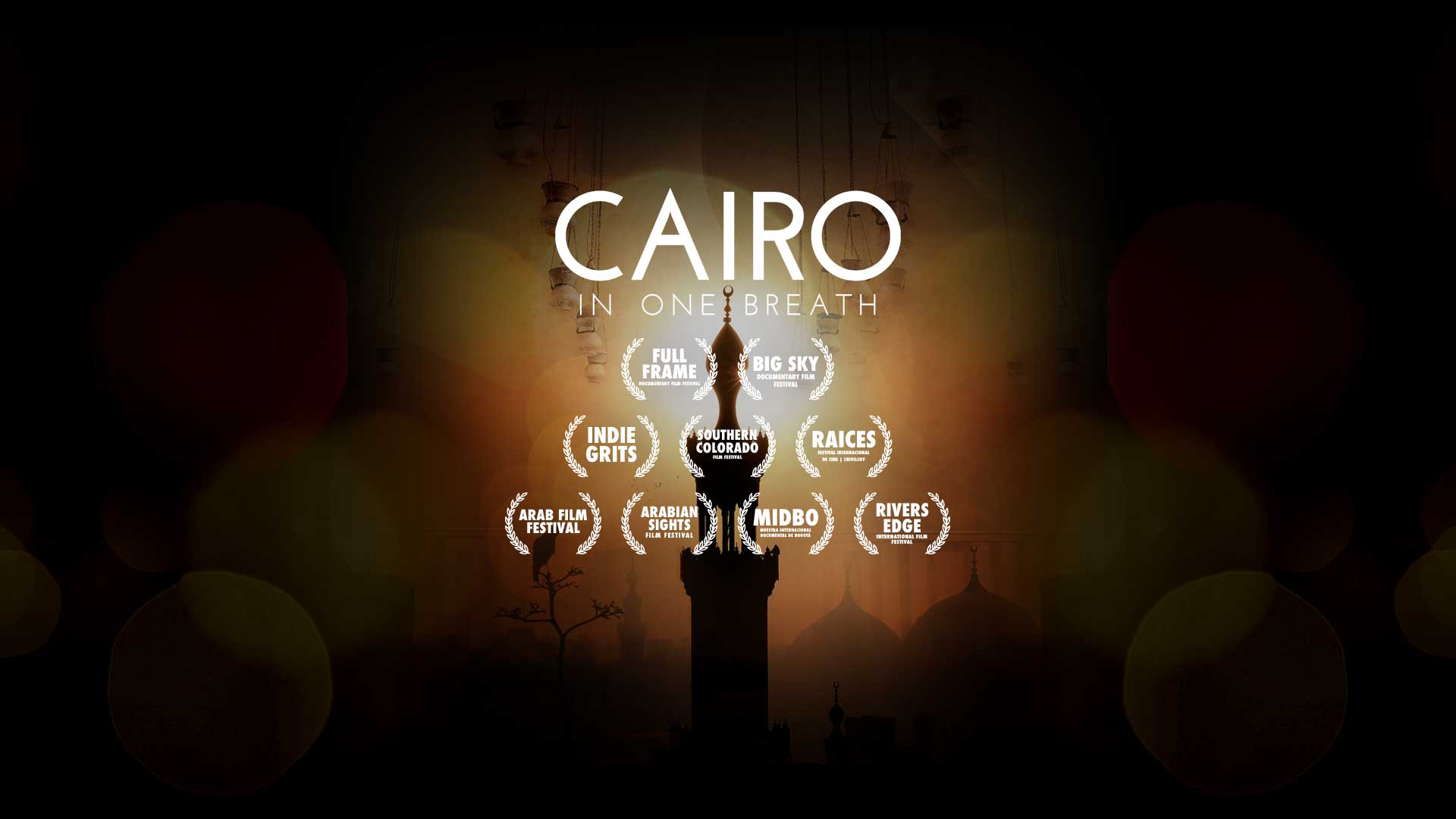 The adhan is a 1,400 year-old oral tradition in the process of unprecedented change in Cairo. After 60 generations, thousands of individual muezzins are being replaced by a single voice broadcast from a radio station to wireless receivers as part of a plan put into effect by the Mubarak regime. As the Adhan Unification Project takes hold, Egypt undergoes Revolution and regime change. CAIRO IN ONE BREATH is as much about soundscape as it is about modernity replacing tradition. The story follows muezzins from when they first heard rumors of plans to install wireless receivers in Cairo’s 4,000 officially recognized mosques, through implementation of this Adhan Unification Project (AUP), which since 2010 has displaced thousands. Now, most mosques have receivers installed, though political changes have halted inspection and maintenance. Former muezzins who now perform other duties at mosques, recite the adhan when receivers [all-to-frequently] fail. The film is structured through the five adhans of the day, woven through with interviews of main and supporting characters as well as scholars, painting an emotional and historically relevant portrait of a tradition undergoing change in a time and place ripe with transformation.

Set to the backdrop of a shifting political environment, with one constant – the adhan, CAIRO IN ONE BREATH functions as a new way to explore the Middle East and Islam, towards broadening inter-cultural understanding and promoting tolerance, while giving international voice to the muezzins of Cairo for the first time in the history of the adhan. The film serves as a powerful antidote to modern stereotypes, while exploring the relationship between tradition and modernity and how sound shapes space and identity. It is the mission of On Look Films and CAIRO IN ONE BREATH to reach across cultural divides and contribute to diverse intercultural dialogue towards creating a more peaceful world through stories that bridge the gap across cultural divides.

In the 7th century, a former Ethiopian slave recited the adhan from a rooftop in the city of Medina. Bilal was Islam’s first muezzin and the originator of the tradition of the adhan. To this day, muezzins emulate Bilal and call Muslims to pray using the same words. In 2010, a significant change in this tradition began to take shape in Cairo, Egypt. The religious arm of the government began implementing the Adhan Unification Project to reduce noise pollution in Cairo. The AUP disallows Cairo’s mosques from sounding their individual adhans in favor of replacing them with a single voice broadcast live from a radio station, transmitted to wireless receivers at each of the capital’s 4,000 officially recognized mosques. The AUP’s current state mirrors the overall state of confusion in Egypt: some mosques’ receivers still function perfectly, while others have been broken for months, or longer; some muezzins have also taken matters into their own hands.